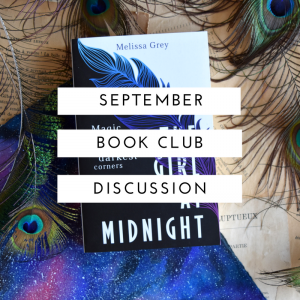 Let’s talk about The Girl at Midnight! I’m trying out a new style of discussion questions, so please let me know what you think! Feel free to go beyond the questions and add any of your thoughts, or a link to a review if you have written one. And as always please turn on notifications to see the other comments and replies to yours.

*Warning* The discussion below will contain spoilers for The Girl at Midnight (Book 1). If you haven’t read it yet you can check out my spoiler free review here!

Next month we will be reading Charles Dickens’ novel Oliver Twist, if you will be joining us don’t forget to use #babblingbookclub on your photos for your chance to be featured. We will also be collaborating with a group of Bookstagrammers for the discussions, which will take place here and on instagram, so use and check the tag #EekHouseBuddiesWithATwist for details!