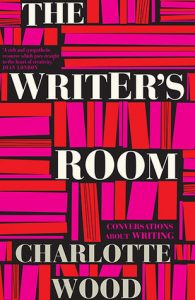 4.5 stars. A deep and insightful look into the craft of writing, its challenges and its bounties. A wealth of inspiration and reassurance for writers both new and experienced.

The Writer’s Room is a collection of long-form interviews with various authors by fellow Australian author Charlotte Wood. The interviews were originally published on her blog by the same name, and this print edition collects them into a single volume with introductions and context given for each.

The interviews are unlike almost any that I have read before in the literary space. Most interviews with authors are conducted immediately prior to a book launch, during the publicity phase for a new book, or after an award or grant is won. The content of those interviews is usually focused on pushing sales of a particular book or analysing its content and influences in greater detail. The Writer’s Room is none of those things. All the interviews took place during periods where the authors were out of the media spotlight. Most were in the middle or early stages of writing their next major work, and had nothing pressing to promote. Because of this the interviews are deeper, and there is no pressure from external sources such as publicists, to be sticking to approved conversation cues. This make the collection infinitely more engaging and opens up the conversations to all sorts of topics.

Themes emerge throughout the conversations. The role of family, the narrow nature of the Australian publishing industry, the challenges of the publicity circuit, and most powerfully of all that writing is both a craft and a job. To produce the work you have to do the work is the message from all the authors. If you are waiting for inspiration to strike you’ll not get far, which is so important to hear.

One of my favourite conversations explored, in part, the role of the reviewer. There is so much to be said on that topic and it can be a fraught place to delve, but I found the insights really clarified my thinking on the subject and were discussed with great respect. There is something so important about fostering these sorts of honest conversations about the writing (and reading) community both in Australia and around the world.

\My only small quibbles with the collection is the lack of diversity in terms of the authors themselves – though the interview with an Indigenous author which included exploration of race in publishing was definitely a highlight – but also the genres they wrote in. Perhaps because Wood’s own writing falls into the ‘contemporary literary’ genre she sought out those who inspired her, both heroes and peers. But it was a bit disheartening to see ‘genre fiction’ derided or dismissed by almost all the authors that mentioned it. That said, it’s a minor point and doesn’t detract from the overall insights.

The Writer’s Room should be essential reading for all aspiring writers and for readers interested in peeking behind the pages of the content we treasure.

Suitable for any age, but of most interest to ages 16+. No content warnings.