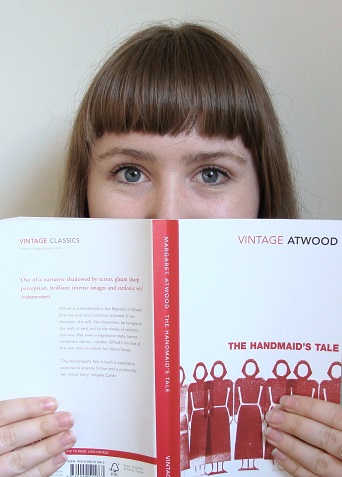 ‘The Handmaid’s Tale‘ was a bit of a disappointment for me. I came across the title in a list of the best dystopian novels and I thought the premise was brilliant; a world where most women are infertile, and the fertile ones have been reduced to a single function ‘breeding’. I must have skimmed over the next part of the blurb which reads “but even a repressive state cannot obliterate desire – neither Offred’s nor that of the two men on which her future hangs” which should have tipped me off to the major issues I would have with this book. Having read another of Atwood‘s novels, ‘Alias Grace‘, many years ago I should have also had some clues about what to expect from her writing style, however in all cases I was oblivious.

The premise is certainly not a unique one, the first similar example that springs to mind is Children of Men, but ‘The Handmaid’s Tale’ focuses on an anti-female backlash against the feminist movement during the 1980’s rather than simply rising infertility.

The chapters jump around in quite a strange manner which is not explained until the post-script, but the main flow of the story is that in the early 80’s a group (of men presumably) took over the United States of America, and took away the rights of women. This began with taking away their jobs and bank accounts, and then extended to segregation of fertile and infertile women, and a complete restructuring of society to suit a very strange vision of the reproductive future of America. The protagonist is called ‘Offred’ which can be read as ‘of Fred’ meaning ‘Fred’s Handmaid’. As the handmaid allocated to Fred by the government Offred must wear a very bizarre red outfit, live in his house (with his ‘blue’ infertile wife) and hopefully bear his child after which she will be transferred to a different man.

While there are a lot of feminist ideas and issues raised throughout the novel, overall it is oddly anti-women. The only strong female characters, particularly the main champions of feminist ideals pre-takeover, are cowed and broken. The indecisive, frustrating protagonist eventually surrenders her fate to the various men who dominate her life ‘legally’, ‘covertly’ and ’emotionally’.

Despite the disappointment that this was not the book I thought it would be, I did enjoy reading it. Atwood’s style in this case is abrupt, taking odd turns and branching off on tangents, and often is without a clear sense of timeline. The post-script, which explains the odd style, really made this book for me. It added so many additional dimensions and made me re-think so much of what I had read.

I have had a few people mention to me that they read it in high school, so I would love to know what you take on it is. Did you enjoy it? Was it ruined by high school English? What were the inevitable ‘lessons’ to be learnt from it?