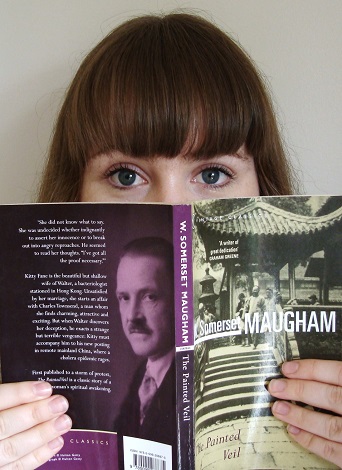 ‘The Painted Veil’ is both a critical social commentary and deeply personal tale of self realisation. Somerset Maugham’s novel was deeply controversial at the time of publication, at the last minute the setting was altered from ‘Hong Kong’ to a fictional colony of ‘Tching-Yen’ to avoid accusations of slander.

The plot centres around beautiful Englishwoman Kitty and her marriage to a bacteriologist in Colonial Hong Kong, Walter Fane. Underpinning the entire plot is Kitty’s manipulative, social-climbing mother, who is essential despite occupying relatively little of the novel. Kitty marries Walter, who she does not love, but who is in love with her, in order to escape England, her mother’s meddling, and to avoid the shame of attending her younger sister’s more ‘prestigious’ wedding.

To escape her unsatisfying marriage Kitty begins an affair with the suave Charles Townsend who she falls deeply in love with. When the affair is discovered she finds he does not feel the same, though her own denial and his manipulation make this realisation a long time in coming.

My favourite element of ‘The Painted Veil’ was the wonderful female characters, particularly the shallow, selfish protagonist Kitty. I was first introduced to W. Somerset Maugham’s complex women in ‘Cakes and Ale‘ and although Kitty shares few characteristics with the vivacious Rosie I came to like her just as much. Throughout the novel Kitty was developed significantly and she experienced a ‘spiritual awakening’ (to quote the blurb) of-sorts without the novel feeling forced or clichéd.

On the whole I found this novel very rewarding, despite some of the social conventions and technicalities around divorce being quite confusing.

In the introduction Somerset Maugham mentions that the idea for the novel came from some lines of poetry by Dante, and the interpretation of them told to him by an Italian woman while he was on vacation as a young man: “…she told me that Pia was a gentlewoman of Siena whose husband, suspecting her of adultery and afraid on account of her family to put her to death, took her down to his castle in the Maremma the noxious vapour of which he was confident would do the trick; but she took so long to die that he grew impatient and had her thrown out of a window”. While the specifics of ‘The Painted Veil’ are different, the themes are clearly present. In this way the novel is driven by the story, the unfolding dynamic between husband and wife, rather than by particular characters. This makes for a fascinating and, as I already mentioned, very rewarding read.