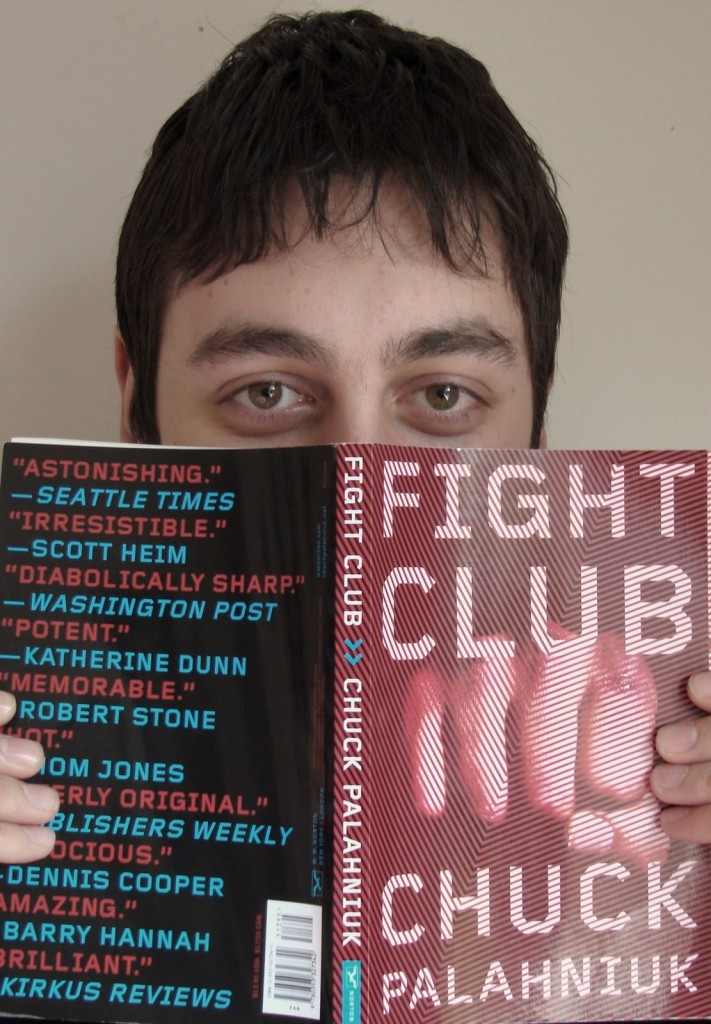 I don’t consider myself to be a reader of literature. I was about to insert some witty sentence here about you giving me a book by such-and-such author, but I’m so ‘uncultured’ I can’t even think of a relevant name. Dostoevsky? Even his name puts me to sleep. If I find myself unable to read at night, I’ll read a page or two of 1984 and that knocks me out in no time (sorry princess…). I’ll be honest though; I haven’t read much of classic literature to begin with. I’m a fantasy and science-fiction fan, through and through (though given my distaste of 1984 a sentence ago I draw a line even in the genres I truly love) so it was with no small amount of trepidation that I bought ‘Fight Club’ from the ‘indie’ kind of independent book store in the swanky part of Melbourne city a while ago. I’d seen the movie, so unfortunately the ending was spoiled (and will be for you if you hadn’t watched or read the movie or book, so consider this my warning), but I was sucked in by the first couple of pages, so I decided to risk my hard-earned fifteen dollars and buy the thing.

Well, I can’t say my money was wasted. But then again I don’t know what to say.

Let’s start with the technicalities. The book was good. Really good. Incredibly good. I can see what everyone’s been going on about. First rule, second rule, et cetera. I have finally been enlightened. Granted the book’s hardly old enough to be considered a classic, but it is nonetheless literature, and I did in fact enjoy reading it. And there’s an added bonus that I’m now one of the clique who can look down their noses at those who have ‘only’ watched the movie and haven’t read the book that inspired it.

Okay no, not really.

The writing style was thick and fast in the truest sense of the words. To me the book felt like a key. Not because it unlocked some hidden thing within myself or any of that nonsense, but rather in the design of it. A key is simple. It’s plain. It unlocks things. That’s all it does. It doesn’t have any unnecessary bells and whistles attached to it, because it doesn’t need them. All it needs is… well, itself. As it is. ‘Fight Club’ is just like a key. It has no superfluous description. No flowery words, no unnecessary paragraphs describing someone’s hair. Not unless said description was utterly crucial to the plot or the development of the central characters.

And yet, I still found it hard to read through. Perhaps in the way that someone finds it difficult to live off multi-vitamins and baby food. Sure, you’ll get all the nutrients and vitamins you’ll need, but damn, that’s just no fun.

I’m not going to talk about the themes it presented because frankly, they’ve been talked to death already. I’m just going to say that personally, once I finished this book I didn’t really get the urge to form anarchic fight clubs, develop a borderline-psychotic alterego and unleash him on the town and myself. In fact, after I finished the book I nodded, relieved I had managed to plow through a piece of ‘literature’, and began reading the next book in the Codex Alera series. 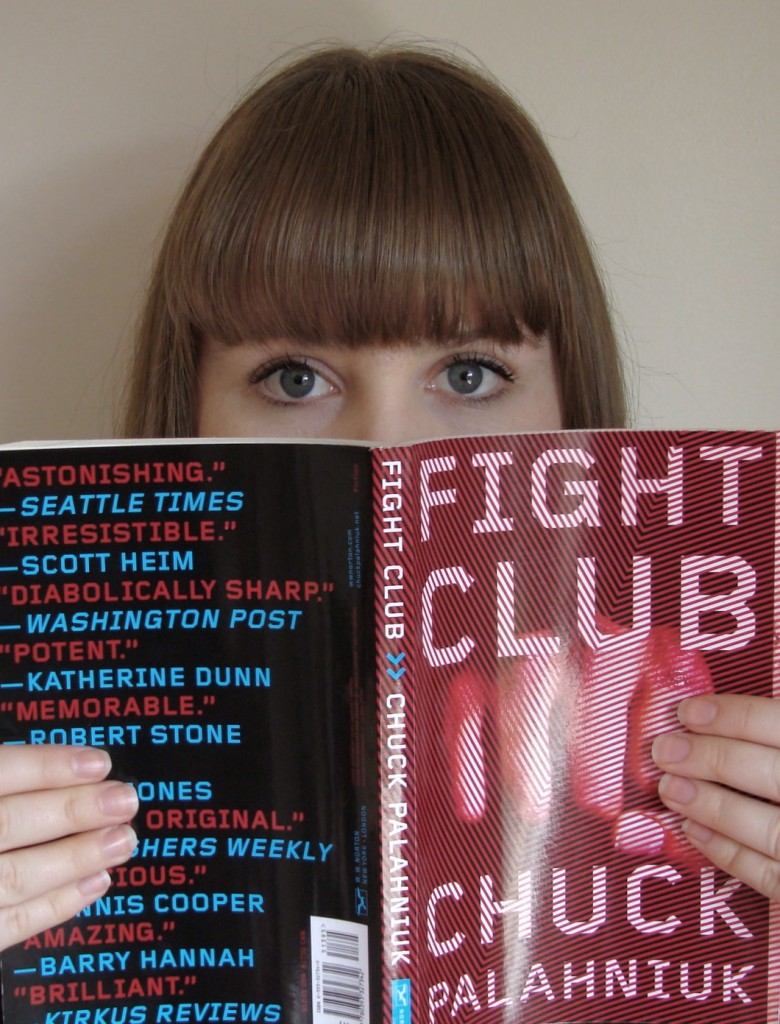 And from Tamsien:
I read this book in a single afternoon, which should give an indication of how absorbed I was by the narrative. That said, having only recently watched the movie I found that I did not imagine/visualize the book, I was simply recalling the visuals of the movie and overlaying that with the additional dialogue and scenes. In the end I loved it, despite wishing I had read it before seeing the movie, it was all kinds of brilliant and that is enough for me.