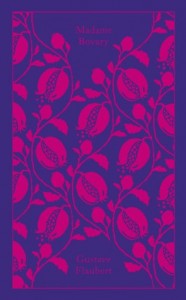 Madame Bovary takes its place next to Jane Eyre in my collection of favourite ‘romantic’ novels that are considered classics. It is a brilliantly told story of a woman’s unravelling, as she rebels against the narrow constraints of the life she was born into in rural France. There are so many books considered to be ‘classics’ that there is no clear definition of the criteria, but to me they are tales that endure, that you can connect with, and are still engaging to read despite the years that have passed. Madame Bovary is not difficult to read, the Penguin edition I read was translated from the original French by Geoffrey Wall, and included some helpful notes on a couple of references to ‘pop culture’ and other literary works that readers of the time would have been familiar with.

Madame Bovary follows for the most part the life of Emma, daughter of a farmer in provincial France. We are introduced to her when Charles Bovary, a doctor, is captivated by her charms. He is, at this point of the story, married to the first Madame Bovary, but one thing leads to another and she dies. Her inclusion in the story seems rather unnecessary, and indeed the whole first third of the book, covering Charles’ time growing up and becoming a doctor, seemed rather out of sync with the rest of the book. Once the first Madame Bovary is out of the picture Emma becomes the main character and we watch her life unravel, as she struggles to define herself in the context she has been given. It has been called the first ‘sex and shopping’ novel for a very good reason. I am not at all surprised that this book was taken to trial for obscenity before its publication (though it was acquitted), for despite all of Emma’s illicit behaviour Flaubert does not condemn her for it. She does not pay for her misdeeds (of which by then end of the book she has committed many) which is scandalous enough in modern times, let alone in 1857.

I really enjoyed this book. There were moments of humour, frustration and empathy, that cut through the years between Flaubert’s writing and me reading. I really felt for Emma, her struggles were all internal. She had very limited capacity to express herself, and no network of support to help her understand the frustrations she felt. Her husband adored her in his way, but his experience of their relationship was counter to hers. Where he saw her as a doting wife, and a perfect woman, she was leading a tortured existence; attempting to please him in the hope that he would no longer take her for granted. This theme is repeated over and over throughout the novel, as Emma sinks them deeper and deeper into debt, or when she collapses in nervous hysteria, Charles sees only external forces acting upon her, not the inner turmoil driving her to ruin. The ending really made this book for me, and though I won’t give it away, I think it perfectly encapsulated Charles’ complete dedication to the idea of Madame Bovary rather than the woman she truly was.

There were a few things that I disliked about this book, though many of them can be attributed to changing styles from the 19th century to today. I found the pacing of the novel really strange, and it took me almost 5 months to read it, picking it up and reading it in bursts of 4 or 5 chapters and then leaving it for weeks on end. Aside from some challenges with the style, I found some of the story lines of the side characters hard to follow and even harder to see the point of. In particular Homais, the apothecary, was a constant source of confusion for me. I have done some research since finishing the book, and can see now that he was a representation of the ‘progressive’ middle-class, an ambitious man with little education and a lot of pretension, but while reading it I could not see his connection to Emma’s story.

Overall I think this is an excellent novel, it holds up well to modern reading, and gives a really interesting insight into class structures and life in mid 19th century France. I would recommend it for those who enjoy novels like Jane Eyre (though Madame Bovary has more satire and humour) or the family politics of Therese Raquin.